“Don’t mind us. Go fawn over Portlandia; we’re gonna sit over here and eat their lunch.”

If you follow distance running circles casually, you probably think every successful runner worth their national title or Olympic qualifying spot is tearing up the track in Oregon and wearing a swoosh on their feet.

And you’d be wrong. 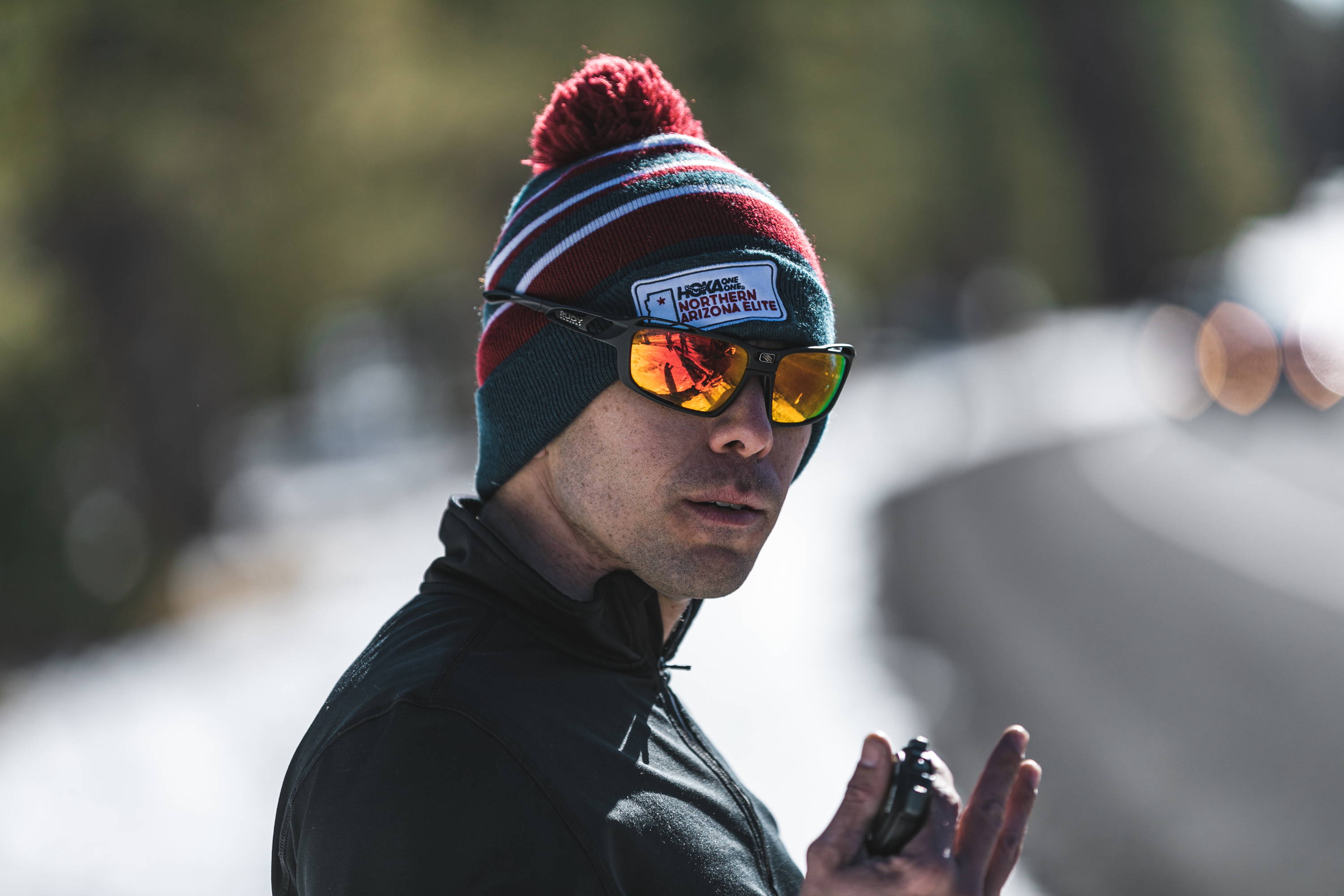 “Y’know, we don’t mind running with a chip on our shoulder,” said Ben Rosario, head coach for NAZ Elite running squad. “There’s probably eight or ten running groups around the country that are pretty good, and others that get a lot of attention, but we’ve had some pretty darned good results. We’re rocking and rolling.”

“Pretty Darned Good” is an understatement. NAZ Elite was started by Rosario in 2014 with nine athletes, he and his wife spending their own cash to lift it off the ground. Since then, they’ve taken on support from major sponsors and have drawn talent to rival even the biggest teams with the deepest pockets. In the last year, NAZ Elite has amassed an enviable collective resume. In November, Matt Baxter won the 2020 New Zealand national 10K title. A month earlier, the team won the inaugural Michigan Pro Ekiden, with Northern Arizona University grad Tyler Day, Lauren Paquette and Dani Shanahan scoring day-best times for their legs of the six-leg event. And of course, there’s Aliphine Tuliamuk, who in February won the U.S. Olympic Trials Marathon in Atlanta, earning her a spot on the starting line at the Tokyo Olympics this coming summer. 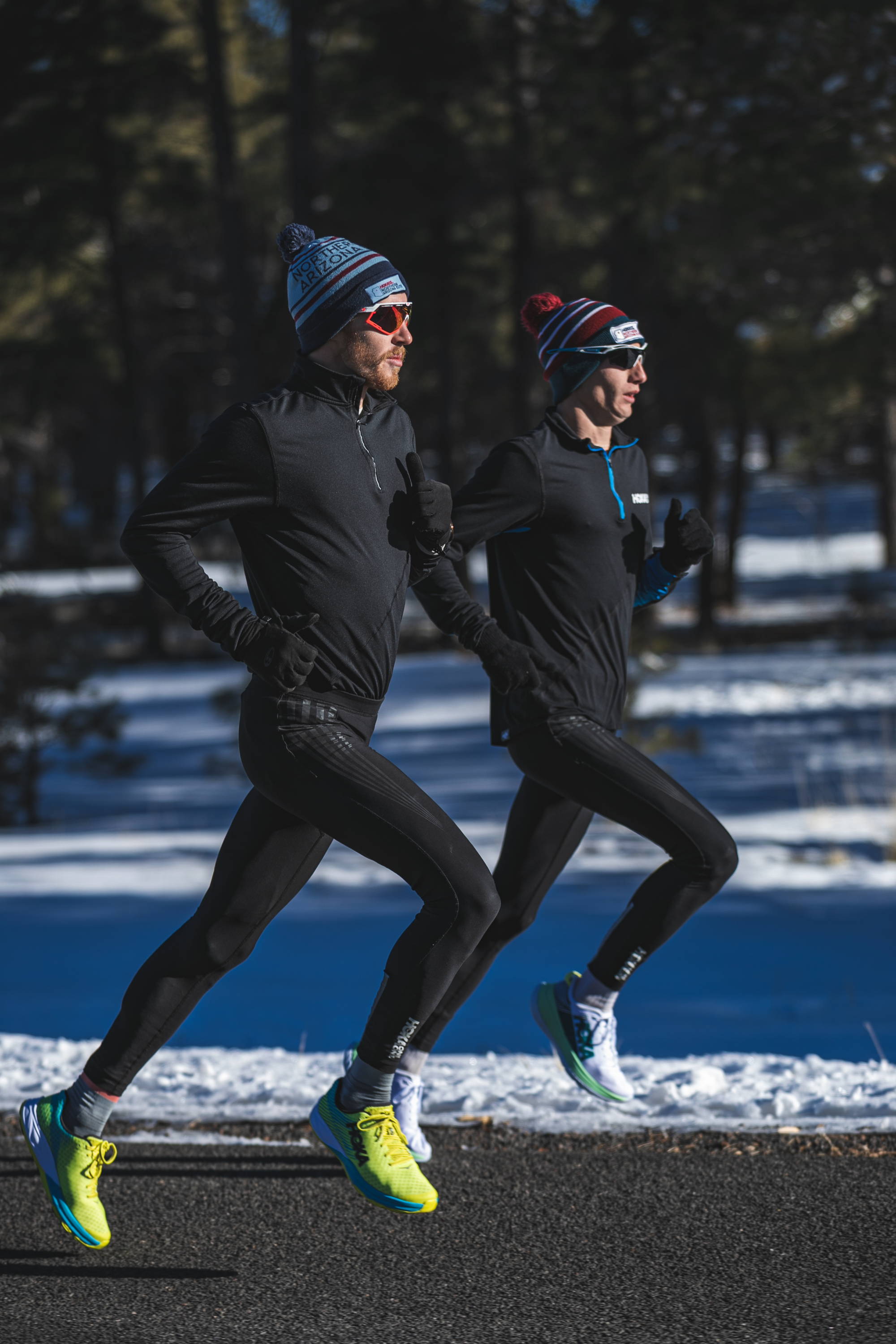 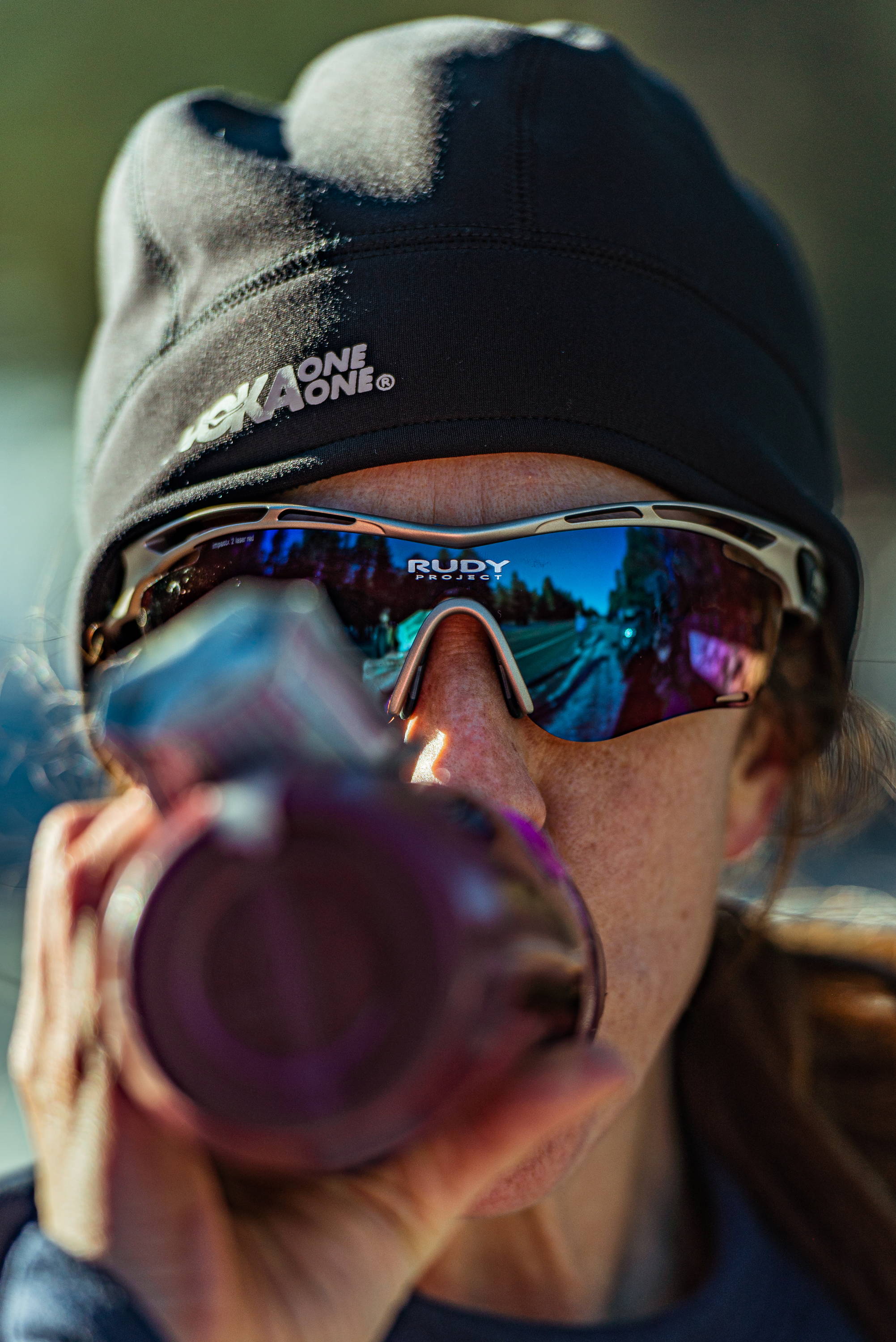 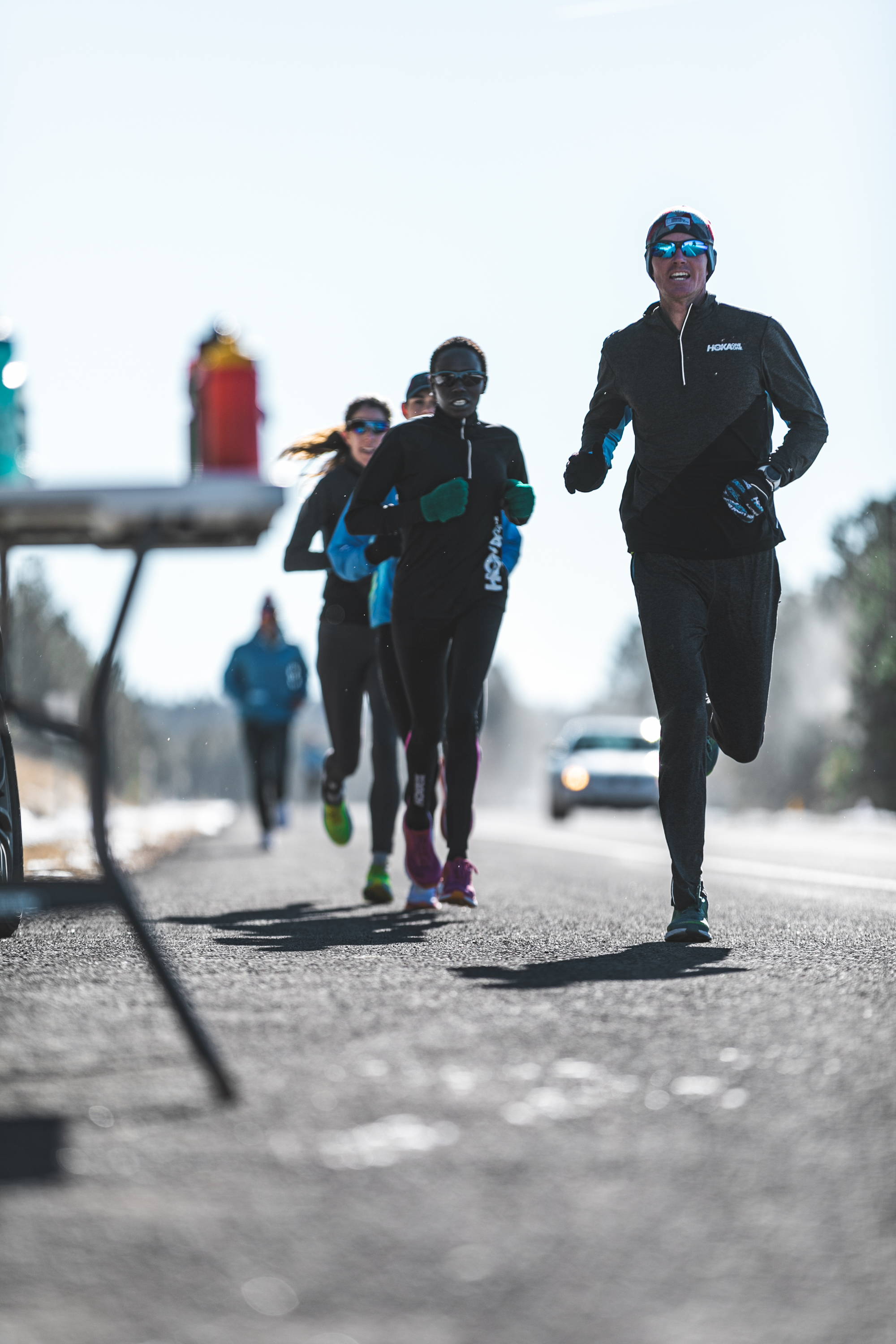 Indeed, NAZ Elite is one of the best distance running teams in the country. “We’ve got a group that really thrives on the team environment, and training here in Flagstaff,” Rosario said.

Short for Northern Arizona Elite, this crew of 14 runners is training year round as a squad to claim all the finest titles, from 5,000 meters to the marathon. And running as a group, the mix of distance specialists raises everyone’s game; 5,000-meter runners make marathoners suffer on shorter intervals, while the marathoners turn the tables and put the hurt on the 5K runners during long runs. Everyone benefits.

“It’s quite balanced; a lot of the training is aerobic-based, so they all respond generally to the same kind of work,” Rosario said. “They’ll diverge onto their own paths closer to an event, but they train similarly. It helps; it’s the power of the group.” 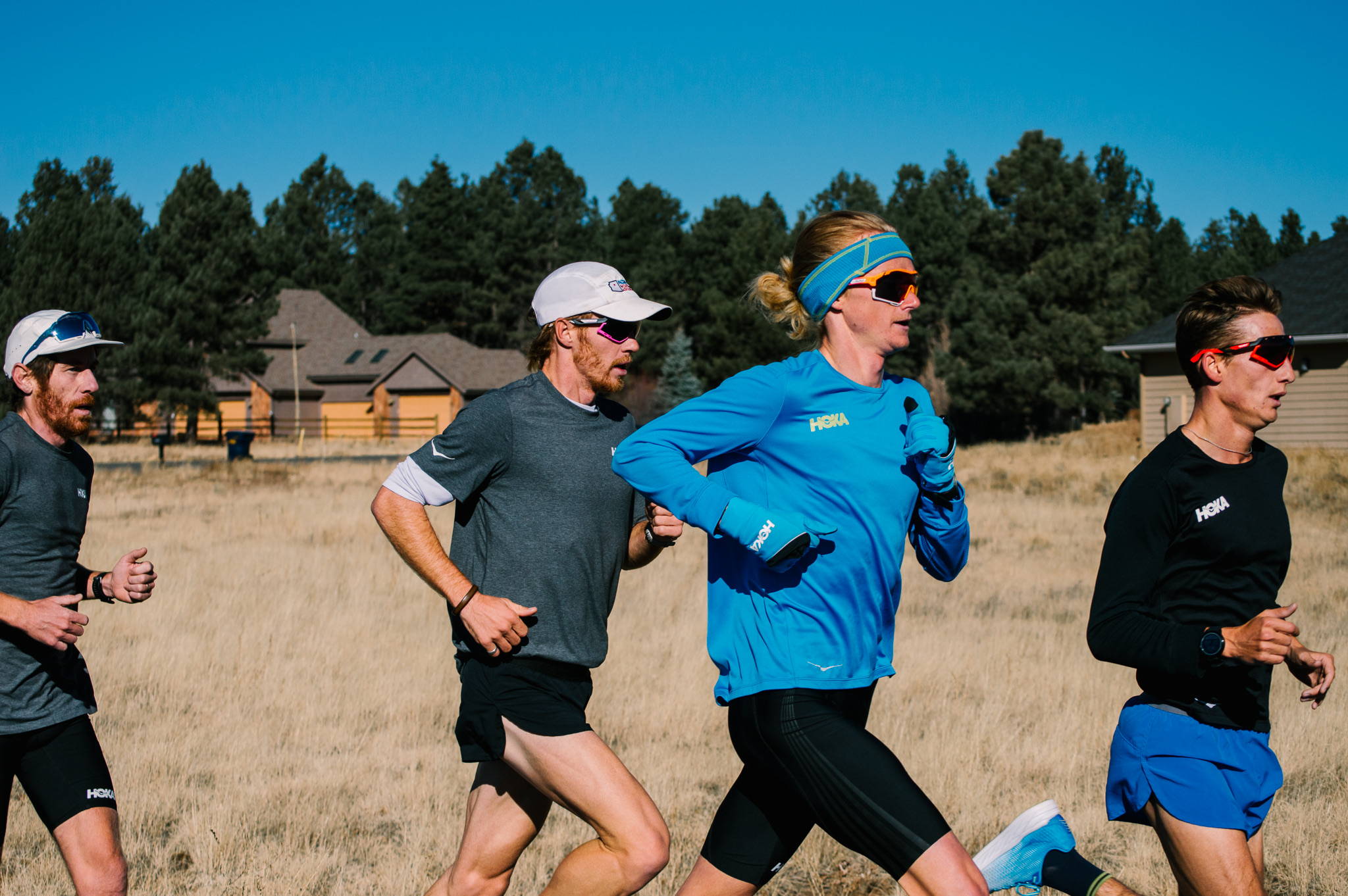 Flagstaff, Arizona, the team’s training hub, is what Rosario said is his number one recruiting tool. Known as a tourist town just 90 minutes from the Grand Canyon, it’s a blue-collar town situated at an elevation of 6,900 feet. It has also turned into a training mecca for runners in the know. It’s Boulder Colorado, minus the granola hipster vibe. It’s absent the burning spotlight of Portland. And it’s close enough to lower altitudes. It’s the perfect place to fine-tune his collective of elite-level runners. “It’s not a terribly big town, but you don’t feel like you’re stuck in a cabin, either, so the runners can enjoy themselves a bit. It’s really a perfect blend of a nice town to live in, with all the training benefits.”

And NAZ Elite is pro, stem to stern, providing a true level of support to their professional runners. From structured sessions—delivered daily by Rosario—to organizing vehicles for group runs, the simple social component of the group dynamic, and a unified collective of sponsored products, NAZ Elite runners want for nothing. Provided all the elements, the runner has one job every day; execute the workout. “We like to get away from putting a time on the board, and just focus on getting as fit as we can,” Rosario said. “We’ve done a good job of recognizing progression from a performance standpoint, and just want to get better.”

When the COVID shutdown became a harsh reality in the spring, NAZ Elite team runners had to shelter at home as well, making the best of the situation. “The athletes ran on their own and it wasn’t very fun—but it was the right thing to do,” Rosario said.

But when restrictions lifted intermittently across the country, Rosario assembled the group in Flagstaff and was ready. “We kept our circle small for that reason.” Maximizing on the opportunity while remaining socially distant with adjusted protocol, they made plans. “The runners, they’re used to having an event to target and look forward to. Once we were able to balance the season, we decided on how to play offense,” Rosario said. “We organized intrasquad races, we raced against a team in Boulder, Colorado. We did a small race in St. George, Utah, drove to L.A. for a meet, and had another intrasquad race in Santa Barbara with the help of our title sponsor, HOKA ONE ONE.” 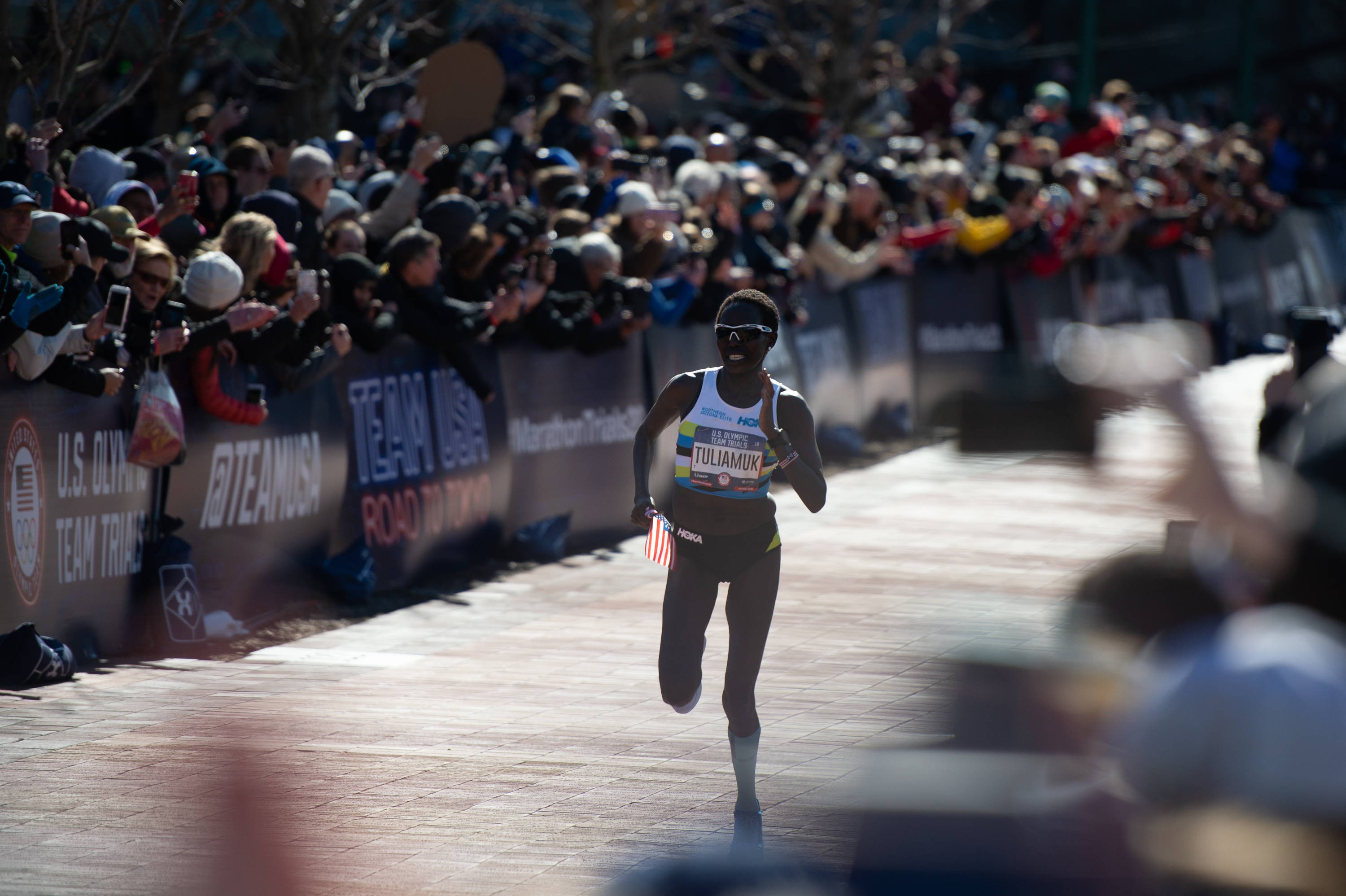 Sure, the Olympics and most every major meet has been cancelled for the year, but that hasn’t stopped the team from staying on the gas with plans for more top results in 2021. And it’s paid off. Whether it was intrasquad bragging rights or a 2:35:28 time for Steph Bruce in the Virtual New York City Marathon, the runners have adjusted—and thrived. And with the Olympics shifted to summer of 2021, so too were the U.S. Track and Field Olympic Trials, scheduled for June 18-27.

“We did see Aliphine qualify for the Olympics, but I look at the team and see so much collective improvement. For example, Lauren Paquette is one of the newest members of the team, and she set a new 5K personal best,” Rosario said. “She may find this delay of the Olympics to her benefit; with another year and a full season with us, I could see her being a major factor at the Olympic Trials. Really, everyone’s making progress. We just want to get better. If we do, the results will simply be a byproduct.”

For many on the team, punting real world racing until 2021 (fingers crossed) has been the only goal. Others are looking at the extra year in a positive light, as nothing more than an extra year of training, to sharpen the blade. And hey, it may give Rosario more athletes in addition to Tuliamuk to coach in Tokyo, meaning a rebooking of his flight to and from Tokyo.