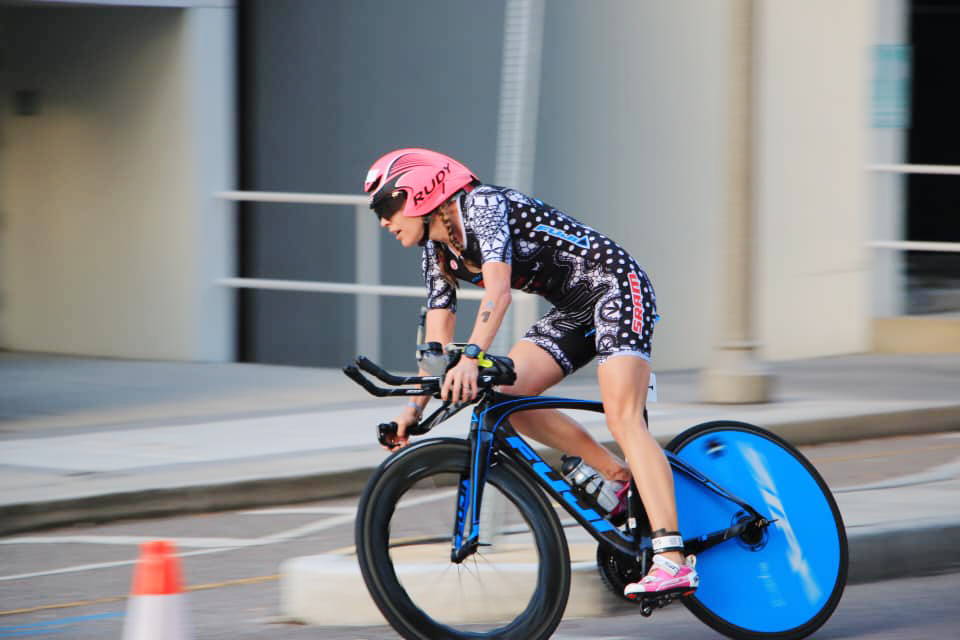 Sarah competed in her first triathlon in St. Louis, MO in June of 2003 upon college graduation and became a professional triathlete less than a year later in May, 2004.

While in college, Sarah competed in cross-country and track at the University of Tulsa. She has a degree in Elementary Education and a minor in Mathematics.

Sarah thoroughly enjoys teaching and coaching children and adults of all ages about the benefits of health and exercise, as well as teaching the skills of swimming, biking and running.

In December of 2006, Sarah married Nathan Kortuem, who is now her current coach and training partner. Sarah and Nathan have a fiver year old daughter Caroline, and a 1 year old son Connor. They reside in Eureka, Missouri.

Super easy to swap/change lenses. Like the other lenses, these have great coverage and virtually no glare. Also love the look of the multi laser orange paired with the blue frames.

I was struck by a horse trailer on a country road, and was injured pretty badly- busted up all over, and a broken arm. Would have been WAY worse if not for this helmet. The first thing I bought after the crash was another one- it’s a great fit, great size, great price, and proven to save lives. Highly recommend.