DENVER, CO – – Attending the 2012 Olympic Summer Games this summer in London is not just another notch – make that four notches – on U.S. triathlete Hunter Kemper’s belt; it’s proof that as John Steinbeck wrote, “greatness lives in [the] one who triumphs equally over defeat and victory.”  In the past 6 years, Kemper has endured a sacroiliac joint injury, suffered a sport hernia, broke his collarbone, and in October 2011, while riding 30 miles per hour on his bike at the USA Triathlon Elite Race Series event, he was intercepted by another competitor who was running through transition.  The crash fractured Kemper’s elbow, requiring more than a dozen screws, 5 operations and 6 weeks of laying very low to treat a consequent staph infection.

This relentless 36-year-old has placed 17th, 9th, and 7th in his first three Olympics and is hoping to take his shot at Gold to be the world’s best triathlete while wearing Rudy Project sunglasses and helmet.  “I’m excited to have the support of Rudy Project as I go for a medal at the 2012 London Olympic Games.  Rudy Project’s helmet and eyewear line is the best in the business and truly allows me to be at the top of my game on race day,” exclaimed Hunter Kemper.   “My favorite Rudy sunglasses would have to be the Noyz; although I must admit, it’s hard to choose just one with more than 30 glasses to choose,” he added.

In an interview after qualifying for the U.S. Men’s Olympic Triathlon Team this past May, Timothy Carlson asked Kemper if he can make this year’s podium in London and he replied, “I keep trying to get there… I’ve come a long way since February when I had an IV drip in my arm.”

Whether Kemper podiums or not, Rudy Project is honored to be his official helmet and eyewear sponsor through 2016.  “I’m thrilled about our new long term partnership with Hunter. He’s an incredible ambassador to the sport of triathlon and to the United States – I know how proud he is to represent both, and Rudy Project is equally as proud to partner with him as he prepares to compete in his fourth Olympics,” remarked Chris Lupo, Director of Sports Marketing at Rudy Project North America.

Kemper will represent the United States and Rudy Project at the 2012 Summer Olympics in London on August 7th when 50+ men will compete for the Olympic gold in the men’s triathlon event.  They will swim 1,500 meters, bike 40 kilometers, and run 10,000 meters.

About Rudy Project
Rudy Project designs and manufactures hi-tech sunglasses, Rxes, goggles and helmets by applying the most advanced science and technology. Designed and made in Italy since 1985, Rudy Project has grown quickly as a premier brand throughout North America. Rudy Project has won Outside Magazine’s prestigious “Gear of the Year” Award twice for its cutting edge frame and lens technologies. Rudy helmets were recognized as the #1, most worn TT brand at the 2011 World Championship in Kona, HI. Of late, Rudy Project has prided itself for providing the absolute best prescription eyewear for athletes and outdoor enthusiasts around the world. What sets Rudy Project apart is unparalleled customer service standards, cutting edge products and technological innovations, and proprietary, award winning lens technologies including ImpactX™, Polar3FX™ and RPOptics™. Rudy Project offers a Lifetime Replacement Lens Guarantee and 3 year frame warranty. Learn more about Rudy Project at  www.e-rudy.com. 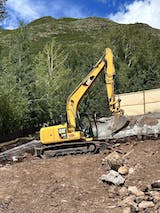 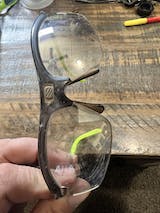 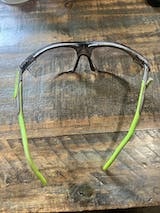